Katamari is a beloved franchise for me ever since I saw some other kid playing it when I was very young. There is something so charming and cute about the series that has always stuck with me. And after purchasing the 2018 remake of the original recently, I figured it would be nice to share my opinions. 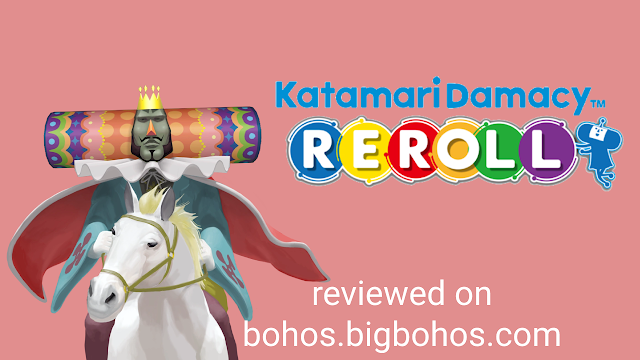 We are rolling into the review

Katamari Damacy REROLL is a remake of the 2004 game Katamari Damacy which is the first game of the franchise. Unfortunately, I don't have the frame of reference of the first game, as I've only played the 2009 Katamari Forever beforehand. Although after looking it up, I'm unsure that there's really any huge differences between the original and REROLL.

The gameplay isn't much like any other game I've played, but that is certainly part of the charm of these games. To summarize for anyone who doesn't know, you roll up as many objects onto your katamari (which is the Japanese word for "cluster.")  To add a level of progression, you can only collect objects which are substantially smaller than your katamari. You are given a time limit and a target diameter for your katamari in each main level, and the time limit is often quite generous, allowing you to grow your katamari significantly larger than the target diameter.

If there is anything that the Katamari franchise is known for, it's the games' aesthetics. The visuals are perhaps the best example of low-poly beauty, and every object is filled with a ton of vibrancy and personality. Additionally, the music is a perfect blend of cute, calm, and catchy, which helps to set the tone of the game as an almost therapeutic time. The story is also sufficiently funny, absurd, and stupid considering how funny, absurd, and stupid the actual gameplay is.

The higher concept for the game is so unique and creative, yet beautifully simple. The gameplay itself is insanely satisfying, and I can't think of a better game in regards to providing a sense of progression through each level, with the growth of the katamari being instantly readable and constantly growing. Even if you aren't doing well, you can still see how much you have grown throughout the course of the level. The controls are very impressive across the entire series given that they pretty much had to create their own version of tank controls that make any sense within the game, where each stick essentially corresponds to pushing in the direction with one side of your body. While those controls might be a bit difficult for new players to grasp, I feel like they are about as intuitive as they could possibly be. Even if I wouldn't think of turning right as "right stick down, left stick up," it really is the best system I think they could have used.

The biggest problem that Katamari Damacy REROLL has, if you even want to call it a problem, is the playtime. I played every level in the game, and it took me just over 4 hours. While I definitely don't mind games being short, and I have a hard time imagining any way in which they could have extended this game's playtime, I definitely think the $30 pricetag is incredibly steep for 4 hours of playtime. I was fortunate to get this game while it was on sale, so I spent closer to 1/3rd of the normal price. I feel as though the price is likely one of the reasons why this game was never very successful (other than the fact that it released the same day as Smash Ultimate.)

We are rolling into the conclusion of this review 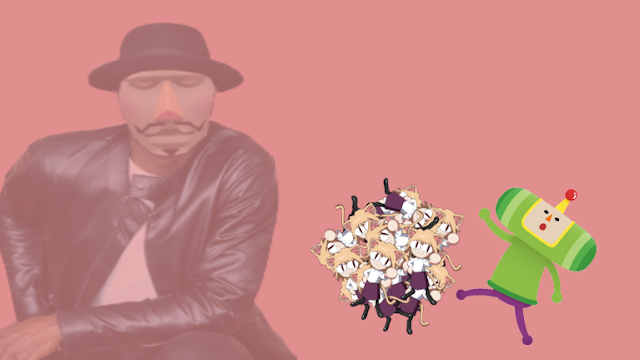 While it is certainly an imperfect game, I feel as though Katamari Damacy REROLL is certainly still a really great game. As stated earlier, I wouldn't say that the pricetag is particularly fair, so I would highly recommend getting this game while it's on sale, despite how much I do like it.