Cyberpunk 2077 and the Power of Anime 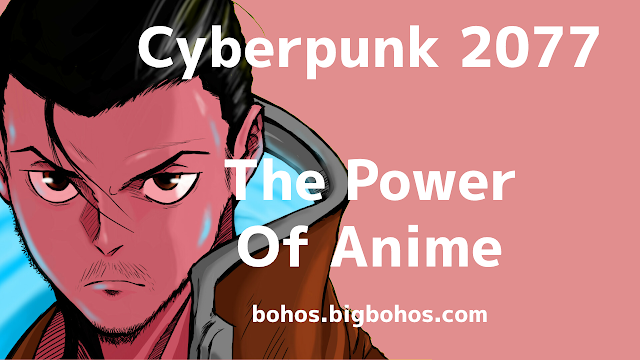 Cyberpunk 2077 was a game that was released a while ago, and I'm sure most people were aware of its existence. For better or for worse. The game had a ton of hype surrounding it, but on release gained a lot of infamy for the fact that it was clearly unfinished. While crunch culture and rushing games to release is nothing new, sadly, it really was a travesty that Cyberpunk 2077 ended up in the state it did.

But hold your tears, fellow gaming gremlin! Cyberpunk has been getting constantly updated since its release, with the game getting allegedly progressively better after its release. This type of situation has happened time and time again, with No Man's Sky and Fallout 76 being pretty prominent and recent examples. Along with the patches, Cyberpunk has also had additional content added in the free modding tool: REDmod released quite recently. This will certainly extend the lifespan of Cyberpunk 2077 for a while, considering the amount of community content will be added to the game.

If you want to know the absolute truth, however, there's another reason why this game is resurging in popularity. Turns out that all you have to do to get people interested in a product is to make an anime about it. This is a ploy that has been used time and time again, and it seems to be working for our friends at CD PROJEKT RED. Especially considering the name recognition most anime-watchers (which is the PC term for weebs,) have for Studio Trigger, which is the company responsible for the animation of Edgerunners.

In the future, I certainly would not be surprised if more studios try this approach to revive their games. I could definitely see games like Overwatch or whatever trying this, although I can't say for sure whether I imagine it working or not. Really, it'll just be a matter of time until we can say for sure.

For my closing thoughts, I would like to sidetrack a little here. I remember watching anime before it was considered normal to enjoy watching anime. I do find it a little bit crazy how anime has become so popular that it can completely rejuvenate an entire game. I'd personally prefer if more games made official manga series instead like Final Fantasy, King of Fighters, or Assassin's Creed, which does have a manga series if you didn't know.

Moral of the story: anime and gaming exist in the same society.