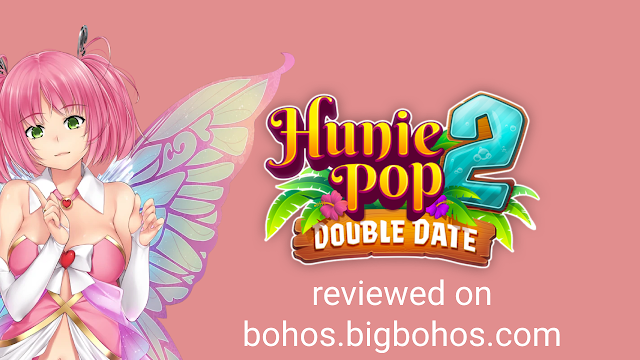 Huniepop 2: Double Date is a game that unfortunately exists. A squeakwel, so to say, to the first game HuniePop, which  entails a dude, or a vagina walker (depends on the gender picked from the start), being the average Dominion hall coomer and helplessly gelking and submitting to the inner sanctums of human desire and lust.

Eventually you get visited from your brotha from another motha "Kyu" (Kyu is the fairy on the cover of this blog) saying that you need to go to Little St. James to save the world from something I honestly can't really be bothered to look up right now.  So, the defying feature of Huniepop 2 is that  you go on double dates now, so you have to manage between 2 different XX chromies by focusing on one at a time with each person having a stamina bar, and the bigger the match the more stamina it's going to drain. 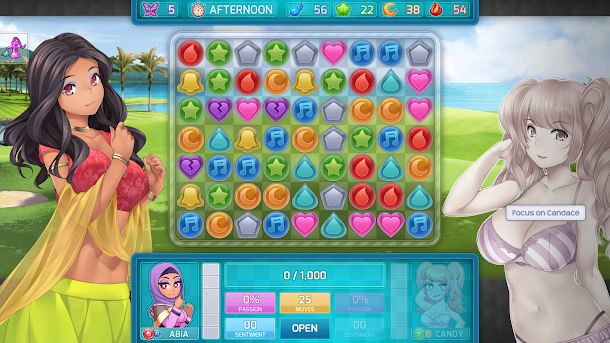 (Example of managing the people your focused on during the date).

Before the date even starts you can talk to either girls to get information from them. This system was in the first game as well, but in a different form. In the first game you collect two sets of currency: munie and hunie. Hunie would be generally used to upgrade stats and munie was used to buy gifts and alcohol, with gifts add special effects to the date, and alcohol being used to get girls more buzzed so they can start out having more sentiment in the date (sentiment is the currency to need to used to use gifts during dates), and can be used to gain more hunie when talking to girls. 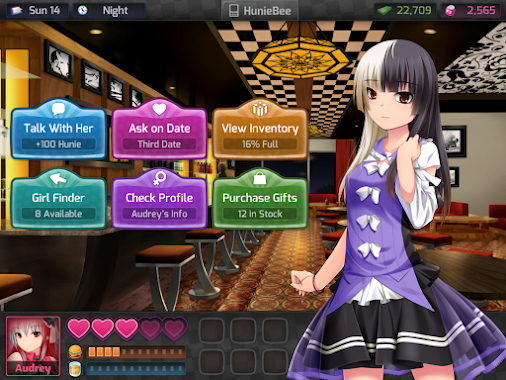 (Hunie and Munie being on the top righthand corner)

Normally alcohol is balanced, since you can only give alcohol on specific times of the day. Except for a specific character: Audrey. You can just booze her up at anytime of the day (it also helps that she literally doesn't care what you give her to drink) give her food, so she doesn't get hungry, and just farm hunie. However, for HuniePop 2 the devs didn't think having fun and ganking progression should be allowed, so now you have to get fruit seeds from dates, based on specific affections, and spend the seeds on the g-fuel (smoothies) that matches the kind of affection each girl likes, then you slightly raise your stats. 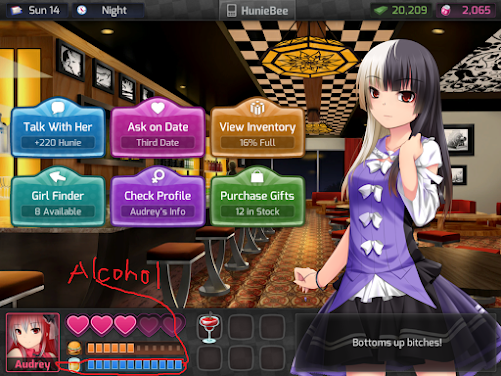 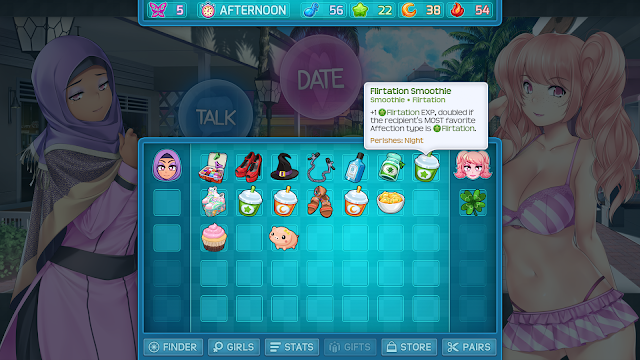 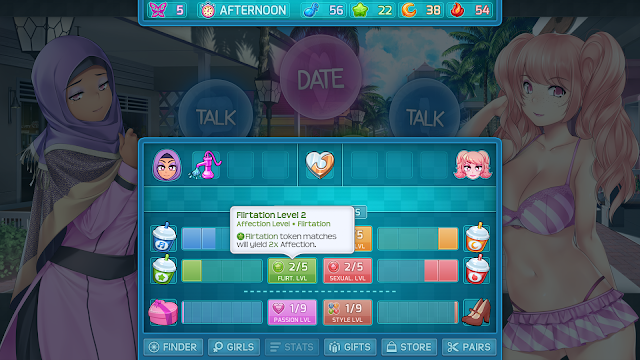 Finally, I do think that the cast from the first game is better. I felt like you could gauge their personalities better, since you had to go on at least 4 dates for each character to get to the goon (that is if you don't fail any dates), but it only takes like 2 dates with per combination of 2 characters to goon. 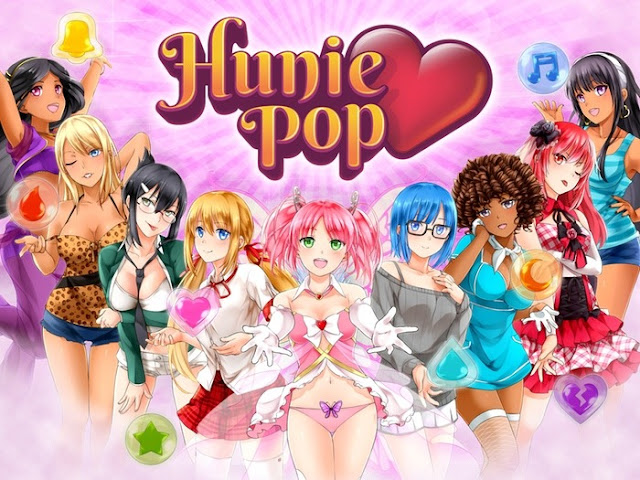 (Cast from the first game) 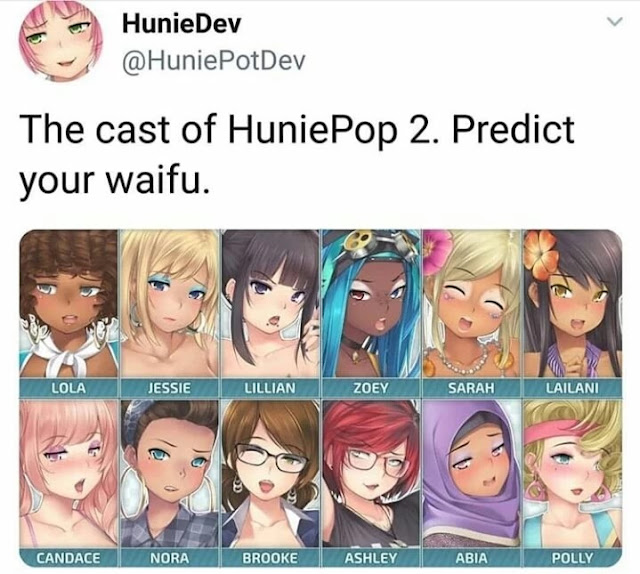 (Cast from the second game)

I think this was done because there's so many combinations of characters that can go on a double date that it'd take longer to get to the gooning session, but this kinda takes away from the accomplishment to get to the point where you're closer with the character(s). It felt more satisfying in the first game to take your time to progress, and you felt closer to a character after interacting with them for longer (it's a pretentious statement I know) which is why I think many feel like the cast is weaker. I think going at least one more date per set of characters would've been a better choice, since I really don't mind just playing the game for the puzzle mechanics longer, and I think many would feel the same. 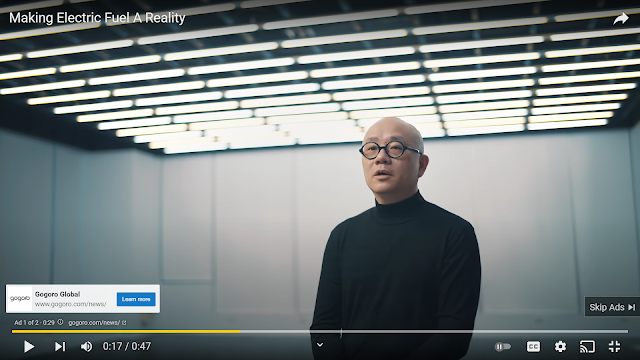 All in all Huniepop 2 is a good sequel with added mechanics that makes the core gameplay of the first game more complex and satisfying to play, but with missteps here and there. Also, the game actually launching correctly without having a stroke is also a plus; being able to change the resolution is also something the first game was lacking for reasons I can only imagine was because they wanted to do a little trolling especially a with it releasing in 2015. 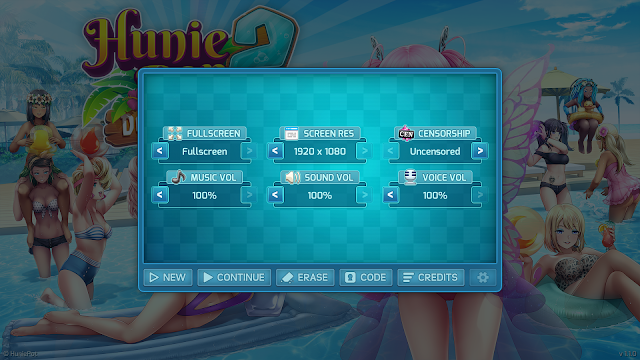 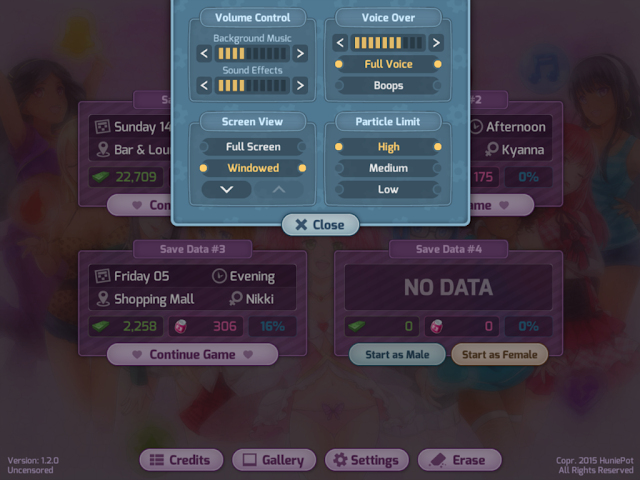