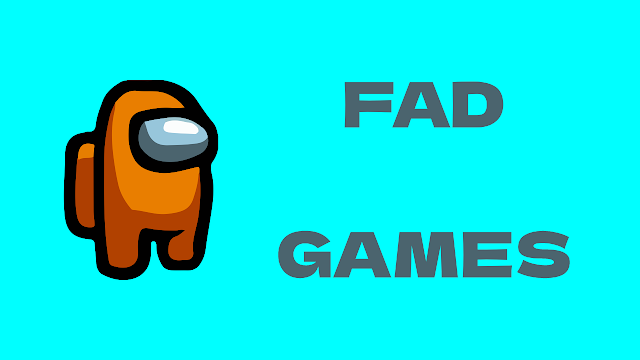 There's nothing pop culture loves more than stupid fads. This has been proven several times.

Fad culture exists in almost every medium, whether it be music, photos, clothing, shows, or even video games. While popularity doesn't make a game bad or anything, it can sometimes detract from the actual experience that the developers intended. Undertale was never meant to be popular, and now, we all have to live with the dire consequences thereof. The amount of "cancer" (c. 2016 definition) that has come out of the communities for games like Undertale, Fall Guys, Among Us, Minecraft, or Fortnite is almost unrivaled, even in the realm of gaming.

While the urine-riddled fans of fad games may not have the most pleasant odor, sometimes the games are alright. Minecraft, despite many personal gripes, a community of redditoid man-creatures, and several more personal gripes, is still a decent game. And despite all of the grease and sweat that emanates from most Fortnite players, the game has some of the better battle royale gameplay I have ever personally played.

The biggest issue with fad games comes from when they aren't really that great. Among Us is ok, but as far as social deception games go, you can only really enjoy it in short periods of time, and it usually isn't that fun if you aren't playing with friends. Games like Town of Salem and Treason Coup are both much more fun in my opinion. Another good example is Friday Night Funkin', which is fun and really stylish, but is one of the worst rhythm games that I've played (in terms of functionality). Even Clone Hero is better. (That was a joke of course!) It really can be annoying to see these games all over the internet when there are obviously better alternatives, although it is nice to know that the games that I enjoy are only being played because they are good, and not just because they're popular.

I really see no problem in games getting popular for the most part, and it's nice to see developers have their games succeed, but it is often a good idea to form your own opinion on any sort of media instead of just letting the public decide for you. This is pretty obvious, I guess. I'm not sure what the point is here exactly. Just play whatever you darn want to.