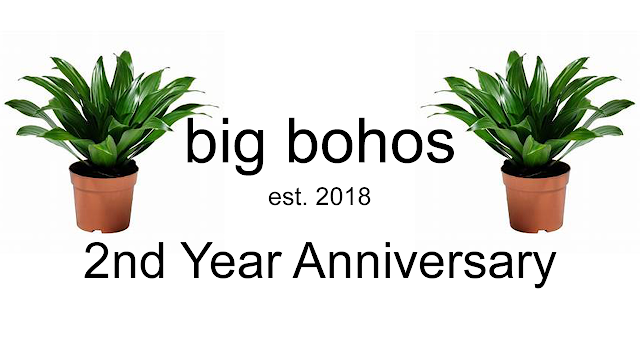 Oh me, oh my! Looks like it has been another year since I made this site with my own two hands. It is miraculous that we've continued to do work on this site since August of 2018.

It may be a surprise to some, but even though this site has existed for 2 years, many of us have been making content as a group for far longer. Under the name of The Vegetabros in 2016, and Vegetable Brotherhood in 2017. It wasn't until 2018 that the name Big Bohos became official, to the dismay of some members, and the joy of some others.

By the way, if you want to see some terrible old videos that we made in middle school, you can check out our old channel. It is a great cringe resource (even if many of the original videos have been deleted by now)

"We did something, I guess?"

"Wow! This is unbelievable! Keep up the great work guys!"

“This site and the bohos have created so many great moments, I’m excited for future plans and cheers to hopefully many multiples of 2 years more”

"It hasn't felt like it's been two years since this whole thing has started, didn't expect anything to come out of it now and yet we're still trying and trying to go big, it's awesome seeing what we created and how it's grown"

"I'm just happy we've been committed to this for as long as we have. It's humbling to know that our antics have brought us and a good number of people something to value in that which is ludicrous and unfamiliar, and whether it brings joy or keeps anyone entertained or motivated to embrace an untapped side of life, I'll always be grateful that we can continue to make dumb stuff"

It really is amazing that anyone even cares about our silly website. Thanks to everyone who has helped out and shown us support throughout these past 2 years, and here's to what our 3rd year holds.