REVIEW: Persona 4 Golden (yo it got a PC port, buy it) 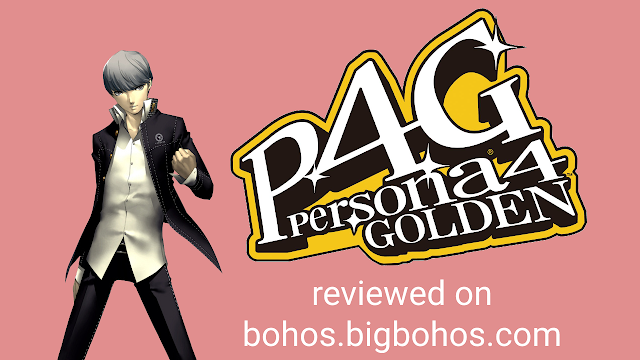 Holy crap, Persona 4 Golden got a frickin PC port today, here's why you should buy it instead of wasting your time on Fortnite: 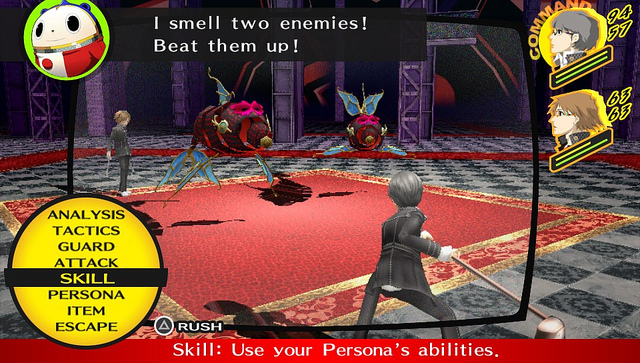 Persona 4 Golden; remaster of Persona 4; sequel to Persona 3, 2 (both of them), and 1; which is a spinoff of Shin Megami Tensei; is a RPG set in Japan where one can summon a Devil-themed Persona by shooting themselves in the head, jumping into TVs, or jumping into smartphones. The whole persona thing comes from a Carl Jung thing saying that people have Personas, but not in the "oh shit its a devil creature thingy" kinda way.  The Persona games usually involve a nameless protagonist (but in this special case actually named) teaming up with a bunch of high schoolers to rid the world of evil... or something? In this case, there's a bunch of murders goin on around da block, and you wanna try and stop em cuz murder is bad!

Combat is in a turn-based style, where one will send their Personas to screw up some other personas, or random devils, depends on the battle. One will usually have a party of three with them, including themselves, and yall gang up on innocent devils in the "TV WORLD" to continue on your quest to find out who's killin who. Did I mention you're in a TV? Ah yeah, apparently the murderer drags their victims into the TV world to let them die to some devils, or something. Some of these victims end up awakening their Persona instead of dying like a bitch, but then that Persona may attempt to kill them instead, causing you to fight them before unlocking them as a party member.

The story revolving around the mystery of dumping bodies into TVs is actually pretty good, and aside from the main plot, each story involving your party members and what their Personas may represent about them makes one emotionally attached to a lot of the characters, assuming one wasn't already obsessed with a character for being in an anime art style and containing a uterus in their anatomy (Naoto Shirogane best girl btw). To go along with the RPG side of things, the Persona series also provides a slice-of-life kinda thing where one can invest time with other people to learn more about them, while also increasing their Persona's stats via the "Arcana" system. 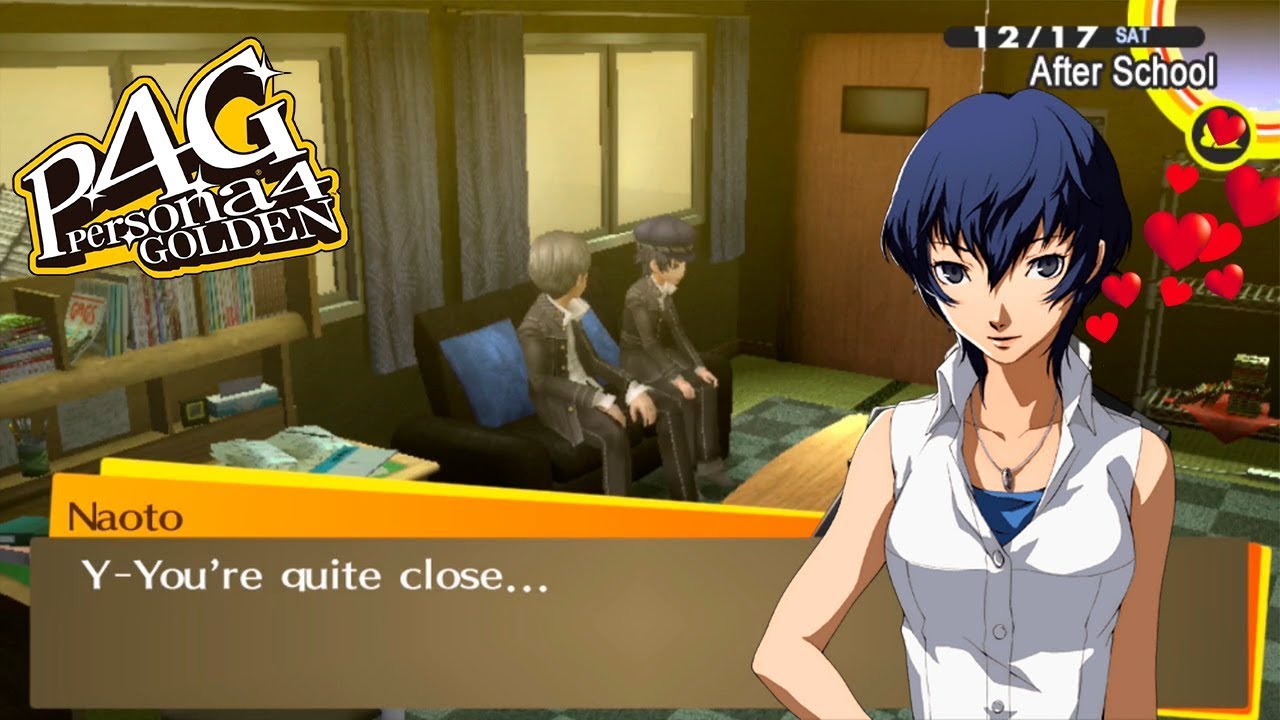 By getting closer with certain characters, whether it be in a friendly manner, or just trying to date em cuz this game is also kinda a dating simulator for sweaty weebs, one builds up a certain "Arcana" tarot card that can amp up certain Persona's stats. Each character one can interact with has a specific tarot card Arcana attached to them. Naoto, for example, has the Wheel of Fortune tarot card bound to her soul, permeating her existence, and as one build up their Social Link with her, their Personas of the Wheel of Fortune Arcana will get a major boost in stats, meaning beating up monsters is easier. Did I mention one would have multiple Personas? Cuz they do.

The main protagonist, Yuu Narikami, has the special ability to be able to use all Personas in existence, assuming he can beat them up and enlist them into his slavery bondage camp. Thanks to this, he can use whatever Personas suiting his needs at any given moment. He can also take his Personas and make new ones by forcefully mashing them together with the help of discount Gru and a hot butler lady in the Velvet Room, making the acquisition of new Personas easier. Unlike previous games, the Velvet Room is now in a limousine, instead of being a random room in places where rooms would be typically expected. Kinda miss the elevator Velvet Room ngl.

With all of this to keep in mind, Persona 4 successfully combines the RPG and slice-of-life visual novel gameplay styles into this lovechild of devil-slaying shounen badassery. The story is actually engaging, with surprising twists and turns as one slowly uncovers who is trashing so many frickin TVs, the characters are all likeable and have engaging side-stories, and one gets to play as a stoic, silent anime protagonist. I'd give this game an overall 9/10 due to all of these features combined. Only gripe would be the need to grind enemies to level up during the game, as it can be quite tedious and boring at times, but the amazing story, cast, and gameplay more than make up for all the somewhat boring grinding. The satisfaction of being able to get an anime gf and beat some asshole in the face is always great.

P.S., the Persona games are usually only available on Sony consoles, except for Persona 4 Golden (as of today) and Persona 5 Scramble, which doesn't have an English version.
gabe gamers gaming persona persona 4 golden review