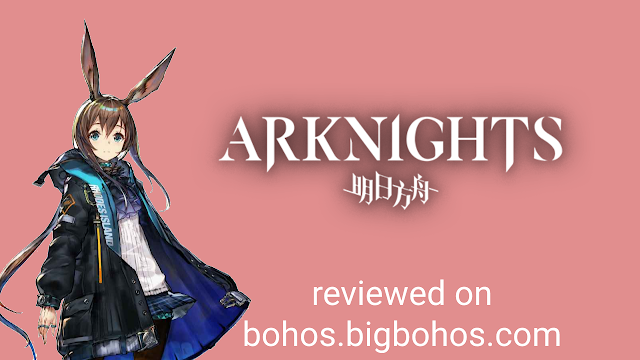 Arknights is a tower-defense gacha game starring you, ambiguous player, as a amnesic Doctor with high-quality tower placing skillz. Usually, gacha games are known for attracting sweaty weebs to look and (maybe) imagine anime girls (or traps) in scandalous positions, but Arknights is known more for its gameplay than its waifu bait (although I'm fine with both).

In Arknights, one must protect their base (blue glowing cube) from Jehovah's Witnesses looking to spread the word of the Lord and Savior, albeit very forcefully. To prevent the followers from reaching your front door, you must send anime girls and boys to protect you with their superior strength compared to a typical player's weak weeb physique.

Of course, one can't have people protect them without some sort of payment, so one must compensate them with "Deployment Points", or DP (pictured above the anime pictures; bottom right), which takes about 5 seconds (or 2.5 in 2x speed) to charge one point. This mechanic forces the player to use units wisely, as the Jehovah's Witnesses don't wait for nobody when it comes to spreadin the word of the Lord. Of course, the game is generous enough to have the player start off with some DP, but numbers can vary anywhere from 11 to 50, so the player must have a balanced team prepared for any battle. Speaking of which... In most gacha games, rare = best, which still somewhat applies, but not to its greatest extent. Every unit in the game has a use, no matter what rarity they are, allowing free to play players just as much opportunity as the pay to win players who will sell their second kidneys for some demon waifu with a Dorito shield (Hoshiguma; pictured above; top left 6 star). Lower rarity Operators, such as Beagle, have lower DP costs, allowing for faster deployment when compared to Hoshiguma, who has a high DP cost due to her rarity. Despite the rarity difference, lower rarity units are still somewhat comparable in stats to higher rarity units, such as Melantha, a 3 star unit who has an attack of 745 at max level, compared to Lappland, who has an attack of 554 at Melantha's max level. Of course, Lappland compromises for this with special abilities that come at her rarity, making the game easier, but these abilities are not necessary to fully enjoy the game, making any free to play team viable. No matter what team one has, as long as it is leveled to the proper level, they can beat any stage (assuming one has the appropriate strategy). Of course, higher rarity units are easy mode buttons, but with the amount of creative freedom left to the player to try beating stages without said units, rare units aren't as much of a priority.

Usually, the story of gacha games is uninteresting, bland, and only exist for the sole purpose of giving the player the gacha currency to pull more waifus, but with Arknights, the story is actually kinda engaging. The game has you as the amnesic commander of Rhodes Island, an organization dedicated to helping the Infected, individuals infected with a disease known as Oripathy, caused by the presence of a special material, Originium, in the body. Set in a dystopian future caused by Catastrophes, natural disasters that spread Originium, Infected are oppressed by most governments and considered useless scum that should die for the sake of the human race. Of course, there are people who would reject that notion, which is why the main antagonist group, Reunion, exists. Reunion, like Rhodes island, also consists of Infected, but they focus on overthrowing governments for the sake of the Infected, causing *CONFLICT*. The story then revolves around your conflicts with Reunion, while you are assisted by the operators of Rhodes Island.

Most gacha pulls in this game are quite generous, with the first 10 pulls on a new banner guaranteeing a 5 star Operator, with surprisingly high odds for rare Operators. 6 stars are 2%, 5 at 8%, 4 at 50%, and 3 at 40%. With such high rates for good units, it isn't hard to make a universal team for every level. 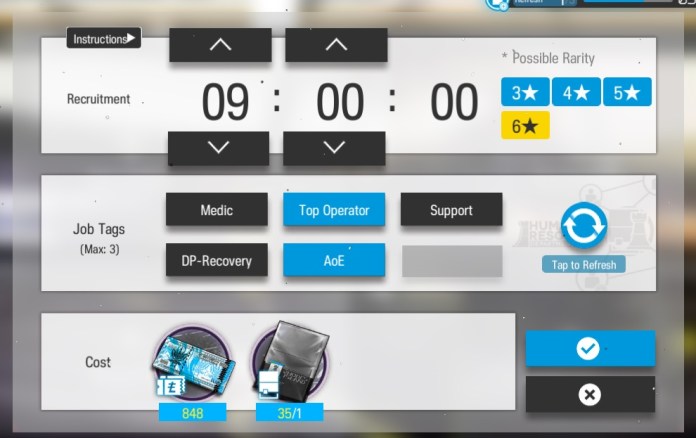 Along with the gacha, the game offers an alternate way of receiving units via "Recruitment". Through recruitment, one can obtain rare units by picking specific operators with certain tags. Through recruitment, one can find anywhere from 1 star and 2 star units, which are exclusive to Recruitment, up to 6 star Operators (which are only obtainable through the Top Operator tag). When duplicate Operators are inevitably obtained, one receives certificates that they can use to farm more materials for leveling, making Recruitment a necessity.

The game also offers a base-building simulator where one can farm even more materials for character leveling. Not much to say on it, other than that it's quite useful for farming.

Going back to the topic of gameplay, Arknights requires one to understand basic positioning, tower deployment timing, resource management, while also having troops be of the correct level or purpose for stages. To sum up, Arknights is feckin hard. I find it to be one of very few tower defense games where one actually has to think, which makes it even more satisfying when I obtain a victory on a particularly hard stage. Of course, rare units essentially provide easy mode buttons for the game, but where's the fun in that? Passing stages with low rarity, low level team feels like a very big brain moment.

Overall, Arknights is a solid 8/10 for fun gameplay, interesting mechanics, and 10/10 anime waifus. Only gripe would be the amount of waiting one must do before being able to farm for materials, with 10 stamina recharging over the course of an hour, compared to the quests that cost about 18 stamina. I'd highly recommend the game to anyone looking for something entertaining to do when they're bored, or for anyone with a love of anime girls.