Axeman Decides the Fate of the Universe 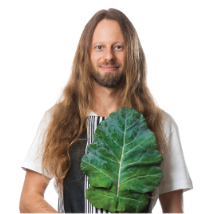 It all started as a simple delivery job, and Axeman would bear no witness to the end he carried within his package, for he would walk under the flag of a nation he believed in, nothing more or less in his own name. He would claim it impossible to grant himself truth through words not his own, but he came fool himself time and again, stubborn, yet unaware. Tasked with a 3 mile journey from his listener's den to the qualms urbanity, Axeman would tread ground one pitiful last time, approaching the underpass of fate. Decidedly oblivious, Axeman gave no concern for his mission; that by which he acted was for him alone, and the means of his levity had served him well. Against the wickedness he alone could create, none could contest. Axeman was indomitable. With blood inured to be drawn from flesh, muscles to be lavished and feared, and an axe capable of cracking the earth itself, casting its victims beyond the known planes of existence, Axeman would remain known as an aberration of a man, a menace to all opposed. Under the command of the revered Fidel Castro, Axeman would come to conquer 46 tribes, 8 cities, 11 immigrant sanctuaries, and 1 Australian steakhouse. Feared and esteemed by his peers, Axeman's arrogance grew with no opposition, commissioning himself the highest of Fidel Castro's grievous bounties and objectives. And so, on one fateful day, Axeman would take it upon himself a delivery job made to a local Walmart. Upon greeting his contractor's recipient, Axeman would do as promised, leaving the dead behind. The package carried a small device, a detonator, one to awaken giants. Axeman's strength was horrid, calling to be challenged, or perhaps even pursued. Mercenaries and military brigades would fail to dispatch him, and nothing but the unbreakable laws of nature itself could destroy his enduring capacities. It was only a matter of time until his power would embolden him to treachery, and Fidel Castro was aware. Axeman could be used no longer; only his death would suffice. To this end, the ensuing fissure of a former Walmart parking lot would seal Axeman's power beneath the surface of the earth. Axeman had been defeated with a fucking tactical nuke. Like, holy shit. They actually needed a fucking nuke to stop this guy. What a champ.